A New Yorker in Dubai

Within the span of a month Muslim women were forced to remove their burkinis in France and a woman in abaya was set on fire by a tourist in New York City. Meanwhile in Spain, a Muslim woman was kicked in the stomach so hard she had a miscarriage despite begging her attacker for mercy. Sadly these are only a few of the stories. Xenophobia is growing and since many Muslim women are identifiable by the hijab they are easily targeted.

Hate is never the solution, but starting a dialogue is a “huuuggge” start. Did you hear that Donald Trump?! Dialogue not a hateful monologue! Since Western media rarely asks Muslim women their side of the story I thought I would. I wanted to help fight the fear the best way I knew how; through laughter!

I brought together a group of Muslim women from diverse walks, skips and dances of life. We had three Emiratis, three Americans, two Egyptians, two Canadians, three Moroccans, a European, a Sudani, a Palestinian-Singaporian and a Syrian all have real talk with our camera. 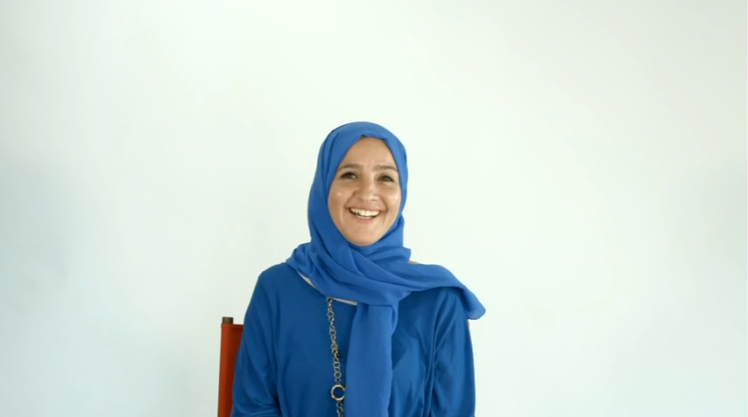 I interrogated them one at a time (in a funny manner of course.) From the relaxed (what are your guilty pleasures?), to the stereotype busting (are you being forced to wear the hijab?), to the heavier hitting (have you ever been harassed?) However, I didn’t share the questions ahead of time as to get candid answers and honest reactions.

My favorite type of comedy not only makes me laugh but also makes me think and perhaps see a different point of view. This video does just that. The answers lead to the common point that we’re all really similar no matter what our religious or cultural background. Though it’s message is quite clear, sometimes the most profound lessons are the simplest of reminders.

The entire process went very smoothly. The hardest part was having to edit the footage down to under 4 minutes. Abel Fernandes (editor) and I had to make some tough cuts as there was such great material to work with. Now, isn’t that a good problem to have?

In the end, all of the women loved the video. 18 happy women and no complaints! When the heck does that happen?

I hope you’ll take a minute (okay fine, 3 minutes and 52 seconds) to watch Muslim Women Uncovered. It’s funny, I promise! Then, share it to help us spread this positive and much needed message. We will be releasing out-takes including a few questions that didn’t make the final video cut on Dubomedy’s instagram starting this week. Be on the look out for those! You heard it here first people, ha!

“One love. One heart. Let’s get together and feel alright.” – Bob Marley 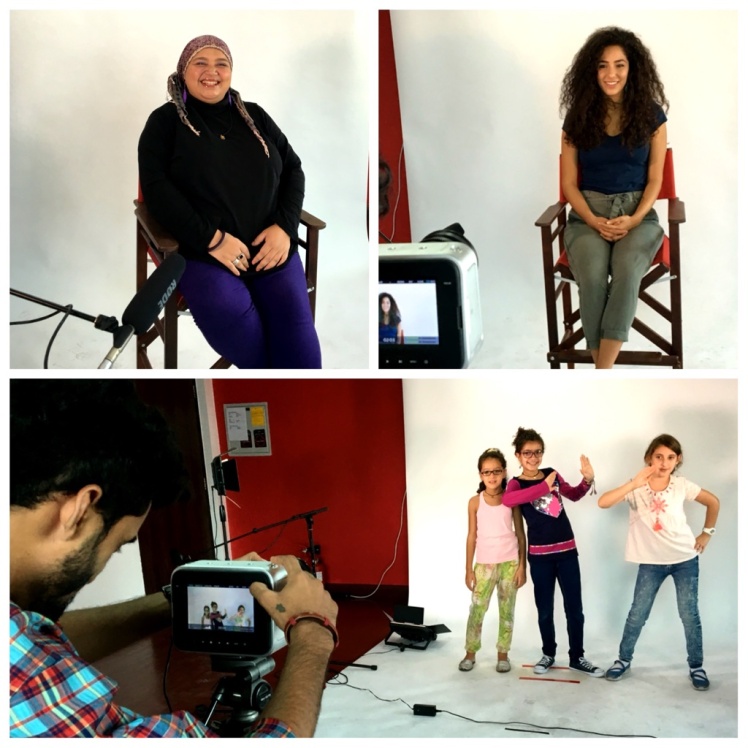 2 thoughts on “Behind the Scenes: Muslim Women Uncovered”

I’m honored to be hosting this special event & sharing the stage with these wonderful artists in support of Breast Cancer Awareness Month. I truly hope you’ll join us on Oct. 26th! #LinkInBio to get on the Guest List. Men are very, very welcome!💗💪🏽
.
What an incredible night! The vibe, the flow, the punch, the after show glow! 🙌🏽 HUGE thanks to the ushers, @dubomedy crew, @artforalluae venue, everyone who joined me ringside & @lizaarrd for holding it down! This was the most fun I’ve had yet! Can’t wait for the next round! The best is yet to come! #KeepPunching ❤️🥊
“I’ve always known what I wanted to be. It chose me.” ~ Growing Up Ringside ❤️🥊
Proud wife post y’all! I know just how hard he works & always supports me & those around him endlessly! I couldn’t be happier for my funny boo @alsayedcomedy for holding it down in NYC! From The Comedy Cellar gigs to Gotham with Jim G & this Friday he’ll be at @carolinesonbway with @bassem. If you’re in #NYC definitely GO check this SHOW out! Tell em’ Mama Mina sent ya! 😆✌🏽❤️ #KeepGoing #SupportEachother #OneLove #Mashallah
2 GOAT, 1 Pic! ❤️🥊 I’m doing one more round of GROWING UP RINGSIDE this Saturday, Oct. 9 at the Theater at MOE in #Dubai. Can’t wait to share this very special solo show with you! I’m coming in punching! #LinkInBio
Loading Comments...
%d bloggers like this: